The House Party with Everybooty! 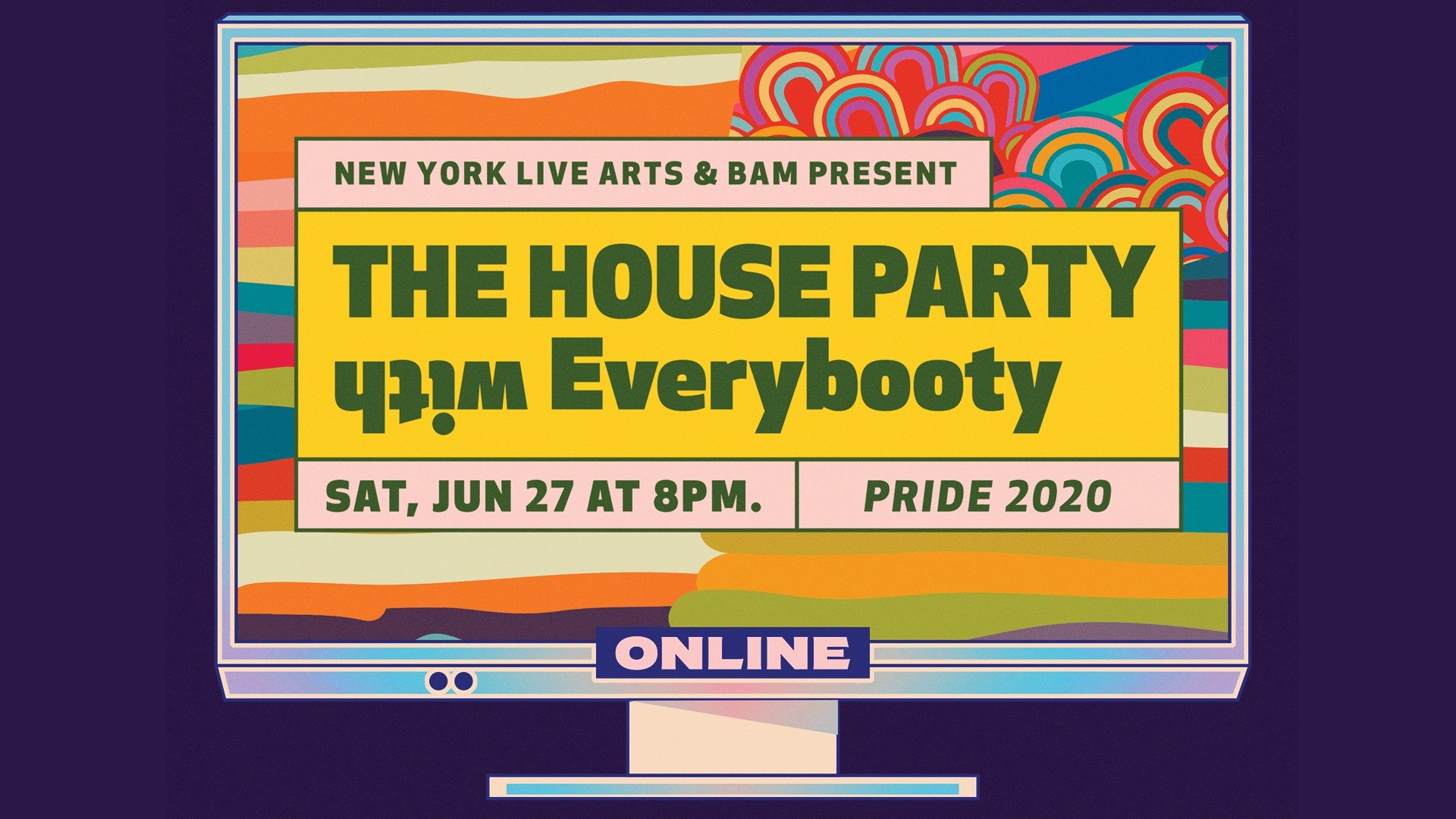 PRIDE 2020: THE HOUSE PARTY WITH EVERYBOOTY

New York Live Arts (Live Arts) and Brooklyn Academy of Music (BAM) unite their respective annual Pride programs in an online streaming event—”The House Party with Everybooty” on Saturday, June 27th, 2020, at 8 PM EDT. The Pride 2020 event features a multitude of singular artists and collectives performing in drag, dance, song, storytelling, video collages, and more. “The House Party with Everybooty” will stream on livestream.com and will be accessible on NewYorkLiveArts.org and BAM.org.

This partnership was inspired by New York Live Arts thought leader, choreographer, dancer, director Bill T. Jones and his relationship with the two performance presenters. A BAM artist since 1983, Jones is also the artistic director of Live Arts. The partnership exemplifies the necessity for communities of all kinds to come together during this public health crisis and national movement against racial injustice. BAM and Live Arts stand proud of their LGBTQIA legacies and in solidarity with those fighting to dismantle systemic racism and end violence against Black and brown people.

All donations raised during the event will be split between three organizations: Callen-Lorde Community Health Center, in the name of Bill T. Jones/Arnie Zane Company Co-founder, Arnie Zane, SAGE-GRIOT Center of Brooklyn, and Black Trans Femmes in the Arts Collective. Live Arts lead sponsor Tito’s Handmade Vodka will be matching all donations to Callen-Lorde up to the amount of $3500.