Not Mass: gFx with Calin & Hibiskiss 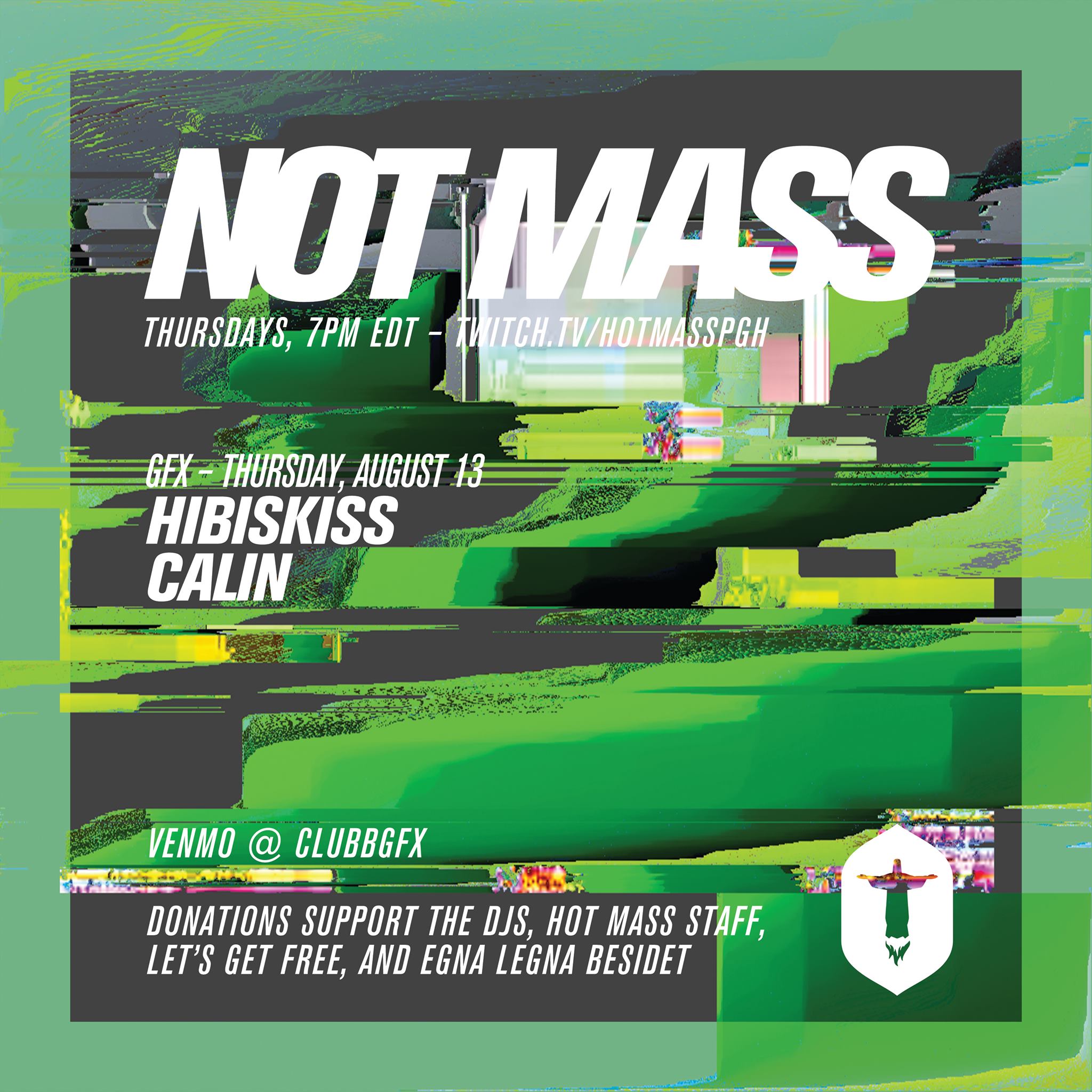 Calin is a Pittsburgh based non binary and queer artist. Their sound is heavily influenced by the midwest and their peers in Pittsburgh. Coming up in the Pittsburgh scene has taught them diversity in sound and rhythm which they showcase through their playing. They have been heavily involved with MESH since it’s beginning but now recently has been taken on as a resident. Their deep roots of identity and community translates into their sound and expression!

Hibiskiss as in Hi•bis•kiss is from Pittsburgh pa. They also have grown roots in Woodbridge Va from the late 90s and early 2000s. Their love of music started with family first. Gospel, funk and hip hop is what they‘ve grown up to know. Living in the dmv area they encountered gogo and that changed everything because from there they were exposed to house and techno. Faith would say that their style has change some but their attitude towards music has ever so stayed unchanged. Rather if you catch them dancing at Hot Mass or hanging out with friends/family you’ll soon find that Faith centers community at the heart and with music along she becomes a vibratious exuberance.

We will be collecting donations via venmo at @clubbgfx

Let’s Get Free: the Women & Trans Prisoner Defense Committee is a group working to end Death by Incarceration (also known as life without parole sentencing), create opportunities for people to come home from prison through commutation, support successful possibilities for people formerly and currently incarcerated, and shift to a culture of transformative justice.
https://letsgetfree.info/

Egna Legna Besidet (Amharic approximately translates to “from us migrants to us migrants”) is a non-religious, non-political, community-based, feminist activists working on migrant domestic workers’ issues and general women’s issues in Lebanon and Ethiopia. They seek to support women already working in Lebanon and are raising awareness in Ethiopia to stop women going to Lebanon. They are run by Ethiopian women who seek to assist the community in a multitude of ways. They collaborate with different NGOs and ethnic groups to achieve their missions.
https://egnalegna.org/

The Hot Mass Family Fund goes to the artists, bar staff, and security staff that have been disproportionately affected by COVID-19.

gfx is a collective of women and non-binary individuals who stand for ownership and representation in the nightlife community.