House of Mince :: United We Stream 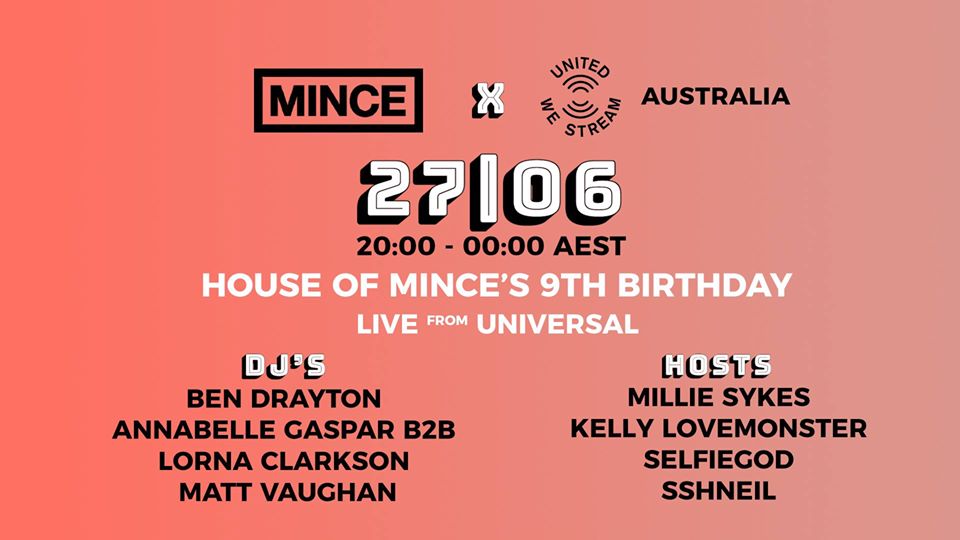 Over the last nine years, House of Mince has thrown parties unlike any other in Sydney. Whether in a Marrickville warehouse; a sweaty inner-city club; dancing in the clouds at Sydney Tower or feeling the harbour breeze at Sydney Opera House, locations change but the vibe remains the same. House of Mince’s atmosphere of elation and freedom comes from impeccable curation of DJs and the Mince crowd that congregate with an infectious eagerness to dance and rejoice in togetherness.