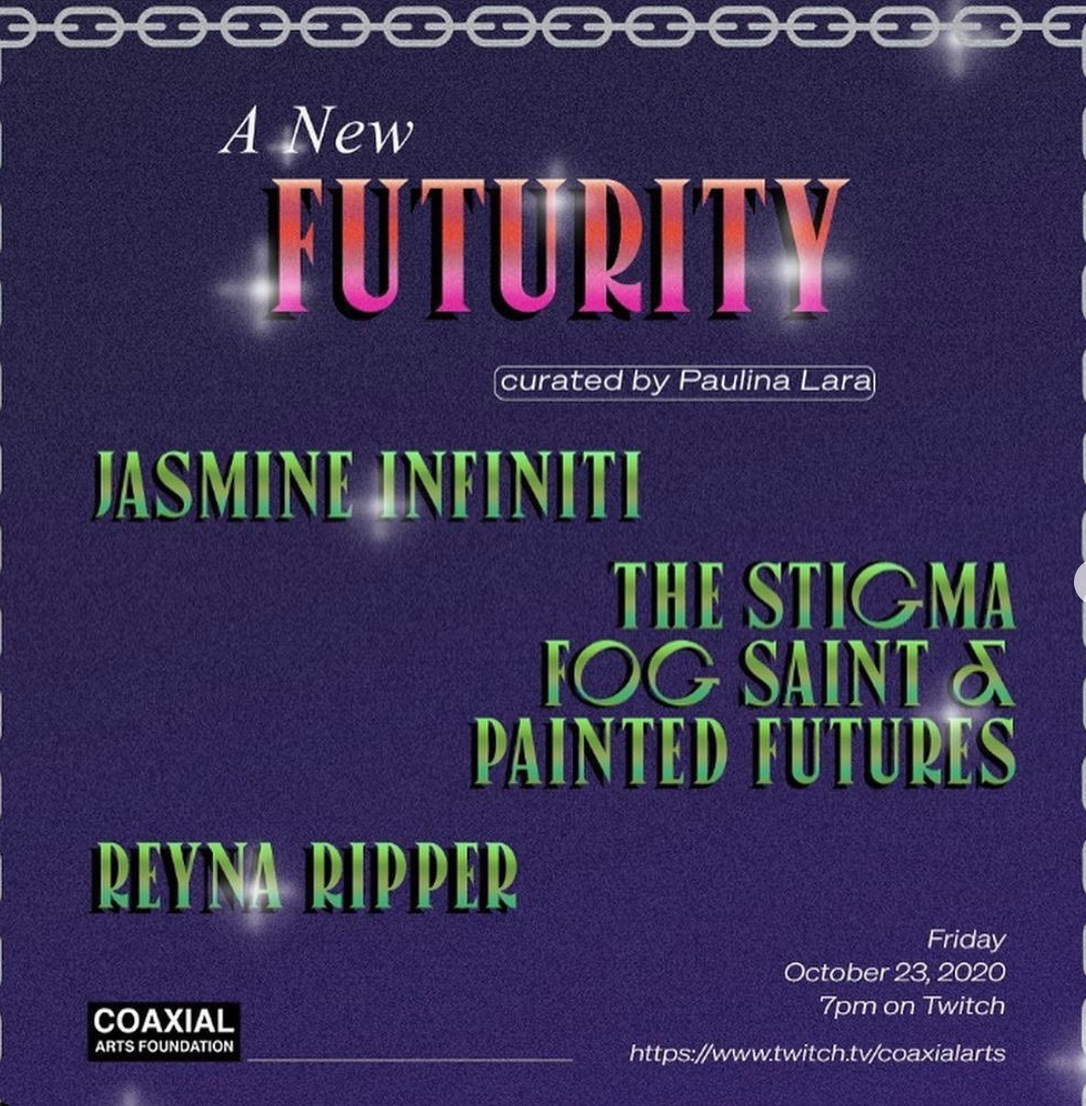 At this moment in time, where isolation, death, and a looming reality hang in the consciousness of American society, these artists explore depictions of the future in defiance of the present. In three filmed segments, artists Jasmine Infiniti, Reyna Ripper, and The Stigma Fog Saint present an iteration of the present with performances and sounds that focus on the concept of the future as an exploration of time, in its ability to be frozen like a trance that also always exists within a wave of infinite possibility. Each work, with definitive expressions of different mediums, come together in a common thread that aims at answering the question, What will the future hold?

Friday, October 23 at 7 pm at @Coaxialarts Twitch A New Futurity invites its audience into a dimension of time that unveils the dark vulnerability of humanity as we hang in the unknown, the dystopian reality, and the daunting hope that lives in the possibility of something to come.